Over a year ago the world was introduced LaVar Ball sitting court side of his son Lonzo Ball’s basketball game as he prepared to lead UCLA on the court. Lonzo, a highly recognized point guard from Chino Hills, California, was predicted by many to lead UCLA to a national title, and consequently become a lottery pick in the next NBA draft. Although Lonzo fell short of a national title as UCLA fell to Kentucky in the Sweet 16 of the 2017 NCAA Tournament, he fulfilled one aspect of the prediction by becoming the 2nd draft pick of the 2017 NBA Draft to the Los Angeles Lakers. While all of this was happening for Lonzo, the world and media was more concerned with his father, LaVar. 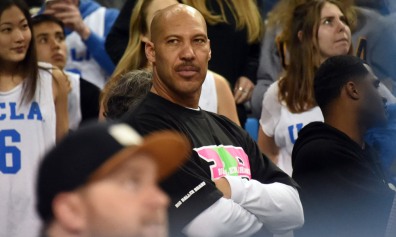 LaVar is an outspoken, charismatic father known around Chino Hills as the owner/CEO of Big Baller Brand apparel, and the driving force behind the Ball brothers: Lonzo, LiAngelo, and LaMelo. Each of the Ball brothers have been recognized as great basketball players, with next level potential. LaVar with his wife Tina are raising family oriented children who have tremendous upside in their lives, and regarded by all who know them as great young men.

So why is LaVar the focus of media attention? For the reasons I listed above: outspoken, charismatic, family oriented, focused, and he has three 6 foot plus sons with next-level potential. And while all of the aforementioned attributes are praise worthy, the media, for the most part, has vilified LaVar as an obnoxious, over-bearing, exploiter of his sons’ talent for personal gain. Much of the media says that his personality is hurting his son Lonzo more than it has aided him. Critics say he needs to shut up, stay out of his sons’ business. Some, like NBA great Charles Barkley, have even claimed LaVar is a not a good father because of his involvement in his sons’ lives. 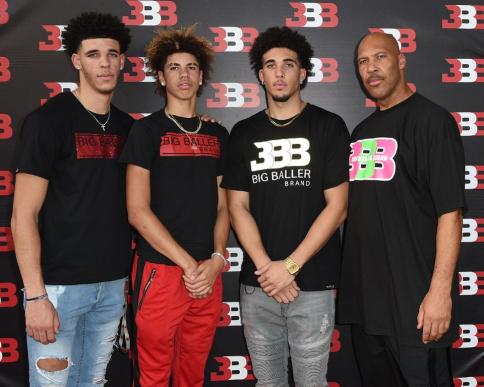 Before I say more: everyone like Barkley and those who agree with him, SHUT UP (STHU), FOREVER! And Barkley deserved that donkey!

It is no secret that millions of young men like the Ball brothers have NBA dreams. Many of them are inspired because of the allure of riches that come with being a professional basketball player, but more importantly, to make a better life for their mothers who had to raise them without the assistance of a father. Young men around America would love a LaVar Ball in their lives. Many of us grow up leaning on overworked mothers, with fathers who have become victim to the criminal injustice system, the street life, or simply the fear of fatherhood. Now here comes a father who speaks positively about his sons, their potential, and his desire to create legacy, and he is vilified.

Well to the haters out there: You may be hating but I am inspired!

Why am I inspired?

In a country where black men are erroneously viewed as more absentee than other races of fathers, it is vitally important to recognize when one of  us is as active in our children’s lives as LaVar. LaVar is not just active, he is involved, and leading them to become successful. As ESPN First Take’s Max Kellerman has stated on several occasions, it doesn’t matter how you feel about the level of engagement, he is engaged and as a father reserves the right to raise his young men as he sees fit. I believe one of a father’s responsibilities as a parent, especially to boys, is to create values of leadership, responsibility, and to push them to be the best version of themselves they can be. Well done, LaVar

Secondly, one of the reasons I believe LaVar is so criticized is because he is unapologetically focused on his family. Perhaps the stigma of broken households in the Black community compels them to reacted adversely to LaVar’s intentionality regarding his family, but it is one of the greatest reasons why I am inspired. I’m sorry slave masters, but you can’t break this family! Don’t believe the media, watch the Ball’s for yourself. He is a loving husband, a faithful father, a gracious son, and a respected son-in-law. Critics want LaVar to let others dictate his sons’ success, they say he’s too involved, he’s creating unnecessary attention. LaVar has created a business that employs his brothers, an apparel company that employs his family, and created a legacy for his family beyond his sons’ basketball success. Problem: I see none, and not really sure why others do. 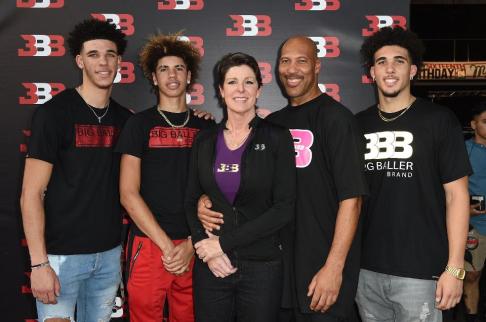 It’s also no secret that our black bodies have been exploited by big business since 1619, and before (ask George Clinton). LaVar is seeking to create a brand for his sons that will allow them to be owners instead of endorsers. Who can be made at that? Clearly there are a few haters. LaVar has shown the importance of understanding your self-worth, and not allowing dominant thought and culture to deter vision. He has a vision for his family, his business, and his sons, and thus far it has given them a good life in Chino Hills, provided gainful employment for his family, and inspired other fathers, like by good friend Kin. He is creating a legacy for his family through his businesses (Harvard BLVD and Boojee Hair), and the world will meet Five very soon!

When black fathers like LaVar take charge of their own destinies, don’t accept popular criticism as a deterrent to their success, and are unapologetic about their stances, you can expect some hate. LaVar, don’t trip, we are inspired!

Applying biblical truth to social, cultural, political, and theological issues in our world.